Warning: Trying to access array offset on value of type bool in /homepages/22/d345548111/htdocs/woven/wp-content/themes/Divi/includes/builder/functions.php on line 2180
 Woven: Life in Notes and Steps - a jazz ballet

Woven Together in this Fabric of Life.

Woven: Life in Notes and Steps

No matter how different we are in race, religion, or environment, we all know love, fear, anger, questioning, overcoming obstacles, and falling asleep in the warm embrace of your loved one’s arms. Woven refers to how we are connected in this web of life like threads strung together. Each movement reveals a universal experience through many genres of music and dance (swing, dixieland, hard-bop, funk, modern jazz). From choreographed to improvised sections, Woven is an exciting, organic and unique artistic presentation each time.

Jazz composer and gifted trumpeter Mark Rapp teams up with professional choreographer Stephanie Wilkins to present Woven, a one of a kind tapestry of jazz and contemporary dance. Developed exclusively as part of The HT@MTC Performance Incubator, Woven melds choreography with improvisation, taking the audience on a life voyage through universal human experiences, from passion to despair; questioning to acceptance. During their professional careers in NYC, Rapp and Wilkins worked in the uppermost echelons of the performing arts. In Woven, their collective experiences are conveyed through an evening-length set of works featuring five jazz musicians and six contemporary dancers, portraying, through notes and steps, how we are all connected – woven – together in this fabric of life.

“Humankind has not woven the web of life. We are but one thread within it. Whatever we do to the web, we do to ourselves. All things are bound together. All things connect.” – Chief Seattle 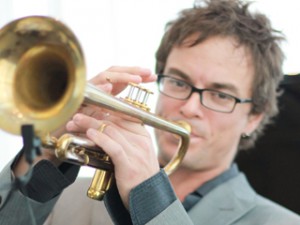 Fresh from over a decade in New Orleans, New York City and Europe working as a professional jazz composer and trumpeter — playing in legendary venues such as The Blue Note and Joe’s Pub with top-tier musicians like Branford Marsalis and Hootie and the Blowfish – Mark Rapp now resides in South Carolina. Often traveling back and forth to New York, he performs in support of his various projects including Token Tales, The Strayhorn Project, TSP, Psycho Jazz Contingency and The South Carolina Jazz Orchestra. In 2008, DownBeat Magazine listed Rapp on their very short list of “Top emerging jazz trumpeters.”

Mark has recorded 4 albums as a lead musician, including his critically-loved debut Token Tales (2009); Braden-Rapp: The Strayhorn Project (2010) with saxophone great Don Braden, GRAMMY-winning pianist Gerald Clayton and vocalist Sachal Vasandani; TSP’s Art of the Song, vol.1 (2010); and his tribute to Lou Donaldson entitled Good Eats (2011). The Disney CD Everybody Wants to be a Cat, which includes artists such as Dave Brubeck, Esperanza Spalding, The Bad Plus, Joshua Redman and Roy Hargrove, features Mark on its closing track.

“One can’t help but sense a distinct identity to Mark Rapp in both his composing and playing… and for this reason, we will be hearing a lot more from him.” – Jazz Improv NY Magazine

“Rapp lives up to his billing as one today’s exciting young trumpeters.” – AllAboutJazz.com 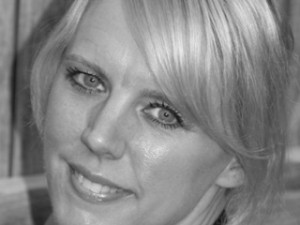 Stephanie Wilkins received her Masters of Fine Arts in Dance Performance & Choreography from NYU’s Tisch School of the Arts in New York City, where she lived for fourteen years. She has taught, choreographed and performed extensively in New York, San Francisco and Brazil, including a 2-year stint as the Head of the Dance Department at Sheepshead Bay High School, a performing arts high school in Brooklyn, NY. She worked with many choreographers in NYC, including Bill T. Jones (as an apprentice), Bebe Miller, David Parsons, Sean Curran, Nina Winthrop, Barbara Bryan, Lisa Naugle and Aleta Hayes, performing at such venues as Joyce Soho, Arts at University Settlement, Judson Church and St. Mark’s Church, as well as Jacob’s Pillow in MA. She also received her Pilates certification in New York and returned to her hometown of Columbia, SC to open KayLynn Pilates Studio with her mother, Vicki Beatty. Stephanie has been an adjunct Professor of Dance at Columbia College and Coker College, as well as a guest instructor at Princeton University. She currently is an Adjunct Professor of Dance at the University of South Carolina, where she teaches Contemporary Technique, Pilates and Dance Appreciation, as well as choreographing for the University of South Carolina Dance Company.

Dr. Robert A. Gardiner is an Associate Professor of Music at Lander University in Greenwood, South Carolina. He conducts the jazz ensemble and teaches applied saxophone, jazz improvisation, and courses in music education. Robert recently released his first recording, “Soul of Confidence,” a CD of original compositions featuring his jazz quartet, which performs every Saturday at the Speakeasy in downtown Columbia. You are cordially invited to attend. As a freelance musician, he has shared the stage with a number of well-known artists and groups such as Aretha Franklin, The Four Tops, Tommy Dorsey, and the Charleston Symphony.

Jonathan started playing piano at the age of 4 in his hometown of San Diego, California. He has been classically trained for 17 years and has also studied jazz/double bass for 8 years. Regarded by his peers as an extraordinary talent, he is a very active member of the Columbia music scene, performing and recording with various musicians of many genres. He currently studies jazz under Bert Ligon at the University of South Carolina. He has performed in many different venues, ranging from the Blue Room in New Orleans to the international Jazz Education Network Conference.

Jay Ware is an award-winning percussionist whose performing/recording credits include: Grammy Award winner Dee Stewart, Mary Wilson and The Supremes, Jazz legend David Baker, Grammy Award nominees Donny McCaslin, Jack Wilkins, Chuck Owen, and many others. He is the Director of Percussion Studies at SC State University and Adjunct Instructor of Drum Set in the Jazz Dept. at the University of South Carolina.

Emily Anzalone is a senior dance education major at the University of South Carolina.  While at USC, she has performed in dance works choreographed by Tanya Wideman-Davis, Thaddeus Davis, Stephanie Wilkins, and Bill Evans, as well as various student-choreographed works.  Aside from school, Emily has taught dance classes at Columbia City Jazz and The Little Gym of Columbia.  After graduation, Emily hopes to teach dance in a public school in the Columbia-Lexington area and perform on the side.

Anthony Hinrichs was born and raised in Wilmington,NC, where he trained with the Fox Troupe Dancers.  He spent a year in LA professionally dancing as a client of the Bloc Talent Agency. Anthony has assisted many choreographers at several nationally known conventions in the genres of Tap, Hip-Hop and Contemporary. Currently, Anthony teaches at The Southern Strutt Dance Studio in Irmo, SC and choreographs for competitive young dancers around the Carolinas. He also is an active member of the professional contemporary-jazz company UNBOUND. He is excited and honored to be a part of Woven.

Rhe’a Hughes was born and raised in Batesburg-Leesville, South Carolina, where she began dancing at age 4. She began training in tap, jazz, and ballet and later trained in hip hop, modern, lyrical, contemporary, and much more. Currently, Rhe’a is a junior at the University of South Carolina studying Dance Education. Miss Hughes can also be found teaching at Stepping Out Dance Studio and Central Carolina Performing Arts Center or performing with UNBOUND Dance Company. Read her account on the making of Woven!

Vidal X. James is currently a junior dance major at the University of South Carolina. Dance hasn’t always been a major part of his life, but when he found it, doors opened for him and allowed him to do many beautiful things with this art form. He recently participated in Paul Taylor’s Company B and will perform in Crinkle, choreographed by Thaddeus Davis, in February. Adding Woven to his list is an even greater privilege, and he is very thankful. He would also like to thank his family and friends for all the support.

Dallas King started pursuing her passion for dance at age nine at North Georgia Dance and Music Factory (DMF) in Dacula, Georgia. In 2011, Miss King was accepted into the University of South Carolina’s dance program and plans to graduate in May 2015 with a Dance Performance degree and a Nutrition/Food Systems minor. Eventually she would like to audition for dance companies and earn her Masters in Nutrition.

Dustin Praylow, son of John and Linette Praylow, is currently a junior at the University of South Carolina, majoring in Biology, with a minor in Dance. He studied ballet and jazz technique at Dancin’ On Main of Lake City, South Carolina with Karl Singletary (ballet) and Paige Strickland (jazz). Dustin hopes to continue his dance education after completing undergraduate studies, developing his dance techniques, and aspires to one day dance on Broadway.

This project was funded in part by the South Carolina Arts Commission which receives support from the National Endowment for the Arts.

Take two art forms that many people find abstract and impenetrable — jazz and contemporary dance — put them together, and what do you have?

In the case of Woven: Life in Notes and Steps, you have a work that is thoroughly refreshing and approachable.

The work debuted on Jan. 17 at Harbison Theatre as part of its Performance Incubator series. The series commissions original works and brings them to the stage — not only in Columbia, but with the intent of taking them elsewhere, too. This is the third work the series has produced, and the other two — Story Squad and Planet Hopping — have both gone on to see life beyond the Harbison stage.

Among the movements are Young Rebellion — in which we see dancer Anthony Hinrichs leap around in a Metallica shirt — and Darkness & Despair, in which we see him push away the woman who’s trying to help him cope with the dark place he’s found himself in. In each of the movements, the music and choreography complement each other seamlessly and work together to advance the story.

Telling a story through dance can be a challenge; with no dialogue, sometimes audiences are left guessing as to what exactly is happening — or whether there actually is a narrative they’re supposed to follow at all. In Woven, the story is simple and life-affirming without being simplistic, providing a solid foundation for the musicians and dancers to build on.

Rapp, who studied at Winthrop University and performed and recorded in New Orleans for 10 years before moving to Columbia about three years ago, is a major talent on the local scene. His style, characterized by Allmusic.com as post-bop or contemporary jazz, is lyrical, layered, fluid and nuanced, with none of the baggage the label “contemporary jazz” sometimes implies. To put it plainly, it’s not cheesy — it’s real jazz. And not only that, it’s real jazz that sounds both timeless and fresh.

Wilkins holds a master’s of fine arts in dance performance and choreography from NYU’s Tisch School of the Arts; she is an adjunct professor of dance at the University of South Carolina and has worked in many capacities as both a choreographer and performer. Her work in Woven is exquisite, with a clear, coherent and robust vision for bringing Rapp’s music to life through dance.

The dancers — all young, most of them undergraduates at the University of South Carolina — performed at a high level, both technically and in terms of their broader commitment to the art of telling a story. Rapp and his bandmates performed on the stage, not in a pit, sitting on elevated platforms behind the dancers. Their level of engagement with both the dancers and the audience was a major part of what made Woven a success.

Free Times sings the praises of Columbia’s arts scene frequently. But sometimes even we are surprised by what this city can produce. Tonight was one of those times.

We’d love to bring Woven to your stage.